Flavorah did such a good job with their Cola. It is spot on Coca-Cola. Its got notes of caramel, vanilla and citrus.

Citrus pairs really well with Cola. FLV Lime Wedge is a nice bright fresh lime flavor just like you squeezed a lime into your Coke.

I added a little bit of FLV Citrus Soda to boost the lime and help with fading.

Benefits from cooling or ice. This one is long overdue, the legend @ID10-T requested this... months and months ago. Finally I got my shit together and finished it, and I think it turned out pretty darn good.

Notes:
FLV Citrus Soda: I wanted to see if this could be used in another scenario than the usual lemon/lime soda base, and it seems it could. Adding the other bitter and tangy grapefruit flavors on top of it definitley bends it in that direction, while still getting the "fizz" from the citrus soda.
VT Grapefruit: Honestly I can't understand why this flavor isn't used more. After having tried most grapefruit flavors out there, this is probably my favourite one. It's got quite a citrus punch to it, almost a fizzy feel, which I like a lot and it complements citrus soda perfectly. It also has the right admount of bitterness that you expect from a grapefruit.
INW Grapefruit: Has a bit of sweetness in it, something that VT's is lacking, although they are very similar and together they make for a well rounded bitter grapefruit flavor. I picked these two flavors because they are relatively bitter and "citrusy", as I want it to be a contrast to the sweet pineapples.
INW Pineapple: Very fresh and juicy pineapple, almost like a pineapple juice. It's pretty weak in flavor though, hence the high percentage used.
CAP Golden Pineapple: Together with INW it makes for a well rounded pineapple flavor. Also very sugary sweet, and I feel like it adds some body to it, which INW is lacking.
WS-23: I haven't included the coolant in the recipe, but this one is extremely coolant compatible. I'd go for 0.5%, but I know everyone has their own preference depending on recent usage. some weird amalgamation of florals, tea, and fruit. notes can be found on reddit.
https://www.reddit.com/r/DIY_eJuice/comments/giat58/florazona_fruity_and_herbal_green_tea/ So I wanted to taste something new...
No Strawberry
No Raspberry
No Cake
Flavorah Jackfruit is the front runner here. My god its delicious...
Its backed up by the Cap Lemon Lime and Inw Cactus to help push the juiciness out.
The Bavarian Cream and Marshmallow help with the back notes, giving a little creamy base, and stops any harshness they may hinder the vape.

If you have the ingredients give it a toot, and let me know what you think :) Sweet and refreshing seltzer type vape. Not boozy but when your homeschooling your brats and you just want to start drinking at 11am this is the type of vape I’d reach for.

Collaboration with DIY Downunder on her channel. 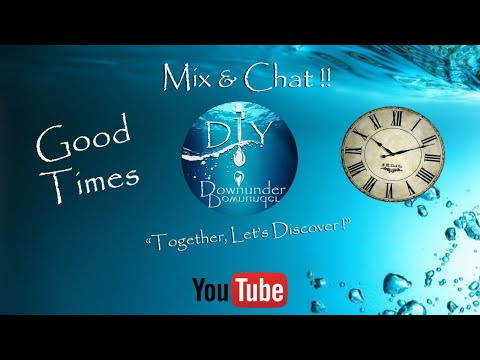 This is weird, but its reeeeally good. Even off the shake.

Very citrusy, hoppy in the back with some earthy tones to round things off??

Please anyone let me know how this is haha

Inspired by a live comment on a diyordie video by max savage.
Hope you see this man! Here's a new recipe that I'm working on. Reddit link will have all the notes, as usual. Then finally the sweet base note, Super Sweet and Marshmallow.

Don't forget to review when you try it :)

Mad live on fresh mental awareness show....should be good off the shake will get better after 3 days