A recipe attempt at Golden Grams. Mix this up and let me know how it is
Made on Live Mixing: This is a banana waffle drenched in peanut butter and maple syrup.

Made on Live Mixing:
https://www.youtube.com/watch?v=2cNQBK5xGa0 A Fresh & Banging Maple Milk Recipe That Rocks In a Rda Sometimes when I am looking for a flavor, it helps to knock on it's neighbors doors. Waffle and biscuit make up the french toast bakery notes. Once I settled on proportions and balance, the Maple and Butter worked like magic to authenticate the profile. The Milk and Honey helped tie it all together . This is a really delicious profile and is enjoyed by friends and work-mates. I received a lot of compliments on this one. I hope you enjoy it as well. If you try it, please help a brother out and leave a comment. Peace out....... There's not yet a great single pancake flavoring available that I've tried to make a great pancake profile. So, I've tried to build one that has everything you expect from that profile.

The Pancake:
When you eat pancakes, there's not that much flavor from them except maybe a slight "bready" note. On their own, they're not that appetizing. However, you do get texture and that's what I was going for. The main component is VT Pudding base, which is not a pudding at all. It's more of a "Bready" note. And though you do get a slight bread note, it's lacking in that "golden" pan-fried texture you expect in a pancake. That's where the INW Biscuit comes in to play. At 1% it adds a very slight "brownness" to the bread, like it's been pan-fried. While the VT Pudding Base works pretty well as the bready part of the pancake, it was still lacking the "sweet cakey" part that you expect. So, by adding FW Creamy Sponge Cake, it helps sell that soft, moist cake to the mix.

The Maple Syrup:
If you're not a fan of Maple, this might not be the recipe for you, because it is very Maple forward, ...it has to be. That's what really sells the profile as pancakes. As I mentioned above, while eating pancakes, you really don't get much flavor from the pancakes itself, but rather you get the texture from them. By contrast, you do get a lot of flavor from the maple. So, how to build the maple syrup? I really like FA Maple Syrup, however, it is just seems to be more of a "Maple Flavor" rather that a syrup. So, by adding FW Maple Pecan at only 0.5%, it flips the FA Maple Syrup flavor into a sticky, slightly nutty, syrup.

The Banana:
Bananas are so hard to work with. Most are either too candied or too green. TPA Banana Cream is still a bit candied, but it is also smooth and soft, like if you were to mash some bananas and mix them with a heavy cream. For this profile, it works beautifully, especially since we're using it in combination with a "caramel-like" syrup(bananas and caramels work so well together). It also adds a bit of cream, making the pancake and the butter a bit softer.

The Butter:
You can't have pancakes without butter. VT Butter base is so good! If you don't have it, pick it up. It is the kind of butter flavor you get in something that is baked with butter, rather than just butter that's on top of something. Does that make sense? It's a "Baked-in Butter".

The Sweetener:
Last but not least; the sweetener. On one version, I tried this with CAP Super Sweet at 0.5%. And while it was nice and sweet, it seemed to make the Maple Syrup just a bit too "sharp". The FW Maple Pecan is very sweet and was enough accentuate the syrup. So, I decided to use FW Sweetener as a less sharp sweetener to make it a bit smoother.

Is this a perfect Banana Pancake? No. But it has all the notes you might expect in the real thing.

Visit Freedom To Mix on Discord https://discord.gg/cMUjtPf
Join our Freedom To Mix FaceBook group https://www.facebook.com/groups/415341418920740/
Visit https://freedomtomix.com/ for resources and information on DIY mixing!
Follow me on Instagram https://www.instagram.com/folkart2000/

Check out "The Folkart Collection" - New One Shots include:
Trinity- Mango, Peach and Honeydew with Cream
Limbo- Pineapple, Papaya and Lime spiced with Rum
Fantasia- A "fizzy" grape soda
Along with all the classics such as:
Cryptic Vanilla
Aztec Gold
Gringo
Sweetie Pie
Aftershock
available at https://chefsflavours.co.uk/one-shots/folkart-oneshots/ 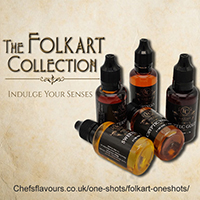 DEVELOPED also has just released our CRAFTED one shot line available at ChefsFlavours and our DINER one shot line at FlavorJungle. For more information go to https://www.DevelopedDIY.com 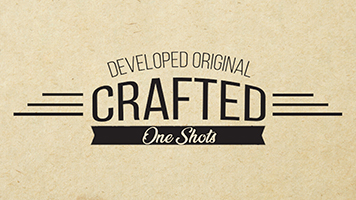 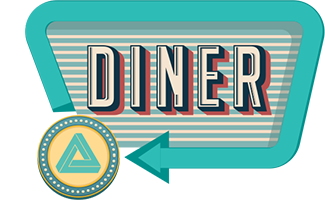 Also, check out DEVELOPED! Episodes released every other Tuesday at 6pm EST and Live shows every Thursdays at 6pm EST, https://www.youtube.com/c/developeddiy

All proceeds I receive help me bring the DIY community content for DEVELOPED, helps pay for flavorings, and gives me the ability to continue to produce recipes for everyone to enjoy ;) This is the one and only Fresh blueberry, buttery waffles finished with a honey cream drizzle. This recipe is out of my commercial line, I wanted to share it with you all as it’s just delicious and I’m nice like that! I’m not in this for monetary gain,I’m in this to bring sensational flavours to your palate and overload your senses. Please leave a short review and rating if you enjoy my creation. (Min 3 day steep) 💙 A sofisticated blend of RY4 maple tobacco, whiskey and custard This recipe has done very well over on ELR with some amazing reviews and feedback so I’m finally bringing it over here for you all to enjoy. If your a fan of banana nut bread Vapes then this is as good as it gets! It’s sooooooooo good I promise you. Please be so kind to leave a rating and short review on my work, stay safe guys. 💙 S&V APPROVED hits its full potential @ day 3. This is a remix/clone of a premium e juice called Eggoh Man from Liquid Labs. I believe its not in production anymore, but I remember that stuff being really damn good. My only gripe was how much sweetener they used. So my challenge was to make the same profile with different flavors and less sweetener (they definitely didnt use SSA) and it turned out to actually taste the same but with more nuances, and just as sweet as it needs to be. Very effortlessly too, this recipe kind of just fell together.

LB Belgian Waffle: The base for the waffle, provides a nice combo of butter/maple but lacks on some of the texture. It's also kind of a background flavor and I wanted that waffle right in the front. But on a week steep, this stuff is delicious.

SSA Crisp Waffle: Literally what INW waffle wishes it was. It's identical in terms of profile, but way more refined imo. If making this recipe without the fruit, lower this to .7%, take out butter base, and add 1% FA Custard Premium.

FW Blueberry: My favorite blueberry, I think they may have used TFA Blueberry extra, I just like this stuff more. Both should work fine.

VT Butter Base: The belgian waffle provides butter but takes about a week for that butter to come out. I also just wanted more butter on my waffles.

FA Maple Syrup: I wanted more maple syrup, this is good at that.

Between that and butter base you're probably wondering why I didnt just go up on Belgian Waffle. So am I. But it's delicious, so I have to go with faith over practicality here. Plus Butter Base.

TFA Strawberry Ripe: The original had strawberry but I remember barely being able to taste it. So heres 1% strawberry ripe, because you can barely taste it.

PUR Super Sweet: What Cap wishes they made. If you're tired of your coils and cotton turning black after 2 days of SS at .5%, then this is for you. If you only have cap it'll do the same thing to the recipe, just sub at same percentage.

Steep for at least 5 days for the SSA waffle to calm down and for the LB Belgian Waffle to wake up. Its very good in the shake though.

So yeah, this surprised me and I hope it surprises you too. If you give this a mix, whether you like it or hate it, I'd appreciate any and all feedback.

PLEASE be sure to check out Groceryboyjr's waffle recipe using the LB+SSA Waffle base. In my opinion it is one of if not the most authentic waffle recipes I've ever tried, with a delicious twist. This is one I can honestly vape more than this blueberry haha. https://alltheflavors.com/recipes/211037#brownsugarsesamewafflebygroceryboy_jr Give this man a follow