Our first try at a caramel stuffed, chocolate chip cookie was an utter failure. We tried using a few of the new flavorings from WF and it just wasn't working out. So, we went back to the drawing board and created this wonderfully delicious recipe. See the full Episode and flavor notes at https://youtu.be/uk-5MODOCp8 .

This is a collaborative creation by Nachef, MaxSavage, and Folkart.
Our weekly episodes are released at 6:00pm EST every other Tuesday, and catch our live shows every Thursday at 6pm EST. 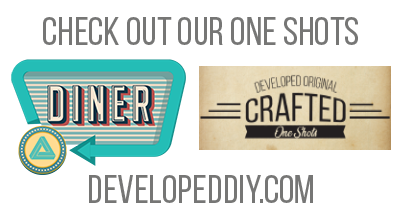 Cheesecake trinity with a little Sugar Cookie thrown in. VT Chocolate Mousse gets a little boost with CAP Super Sweet to give a nice chocolatey topping. Apricot and ripe peach combined to make the peach note i added just a touch of the new sweet mango to boost the sweet note in the peach without adding other unfavorable peaches and then using liquid amber at aloe % I gave it the cooked note. Vanilla custard was added more as an emulsifier and for some of those wet center of a bakery that has fruit in it note. The. Adding the appropriate sweetener to add the level of sweetness you get in a bakery. For the bakery part i used sugar cookie and enhanced it with some crumble topping. Fresh apple pie with ice cream topping what more can you want. Marshmallow is to help the flavors. Meld a bit more increase mouth feel. Might switch out a cream or add bavarian cream blend gets better with steep.

First batch recipe. Mixed for use in Juul/pod systems. This was another one that I just tossed together as a thought. I used the wasp nano rda to test and this is a different flavor that is actually awesome IMO. The first taste is a Sweet Vanilla Cookie that is slightly over cooked and the middle is a mild sweet and savory vanilla custard that finishes with a dip in some light and fluffy Meringue. I prefer sweet ejuice so if you don’t feel free to lower the sweetener. Thoughts and opinions are always welcome. Just a classic! Lovely vanilla cream with a dusting of cinnamon, light cheesey richness and some fried crusty notes.
One of my favourite commercial juices.

FA Vienna cream: with no doubt is the main note that makes everything so good! 3% is perfect.

CAP Cinnamon Danish Swirl is clearly the bakery cinnamon note you get in the entire vape.

CAP New York Cheesecake adds the cheesy note and to me its clearly this flavour that is used in the original for the richness it adds and the sourness it has.
Also is great in combination with CAP Vanilla Custard.

This 3 above gave me the clue to keep adding accent notes and some more flavourings to get as close as i think i got.

CAP Vanilla Custard: is the best thickener for this type of profiles and i get it pretty clearly in the original so it adds thickness, heavyness and some of capella’s vanilla to make everything even better.

CAP Sugar Cookie: An obviuos choice to add texture and bakery sweetness; here serves the role of making the illusion of a crusty cannoli shell in conjunction with Funnel cake and CDS.
Everything is so good about this flavouring as a tool... even if it wasn’t in the original i would have used it.

CAP Funnel Cake: A pretty bad flavour in general but at a low percentage adds some of the notes i smell and taste in the original, some sugary notes, greasy fried and bakery accents.

In general i mixed this by smell, and it helped me a lot to tackle the exact flavourings.

Shout out to Bryan Riley Jones From the Diy Mixers Club Facebook Group for getting so close to the original.
I’ve been quite a while trying to tackle this one and the comments from John Nathan helped me a lot to get close at least at 95% of the original.
(Imho and for me is enough.)

Its a nice SNV if you can handle Vienna Cream nail polish remover off note, ( to me is not as strong as in other mixes) but if you let it steep it for 4-7 days it gets away.
Before 10 days feels thin but when its fully steeped you get the exact same taste the original has or at least 95% Recipe break down:
"Sugar Cookie V1 Cap" I'll be using this to add a plain sweet cookie dough with sugar sprinkle.
"Pazzo Burlone Joker" A sweet dough taste to back up the "Deep Fried Pastry Dough SC WF" coupled with some hints of cream to help the "Vanilla Custard Cheesecake OOO" when used low as we will be doing.
"Deep Fried Pastry Dough SC WF" brings that greasy deep fried mouthfeel to our dough.
"Brown Sugar NF" @ 0.25% just to add a little more darkness to the cinnamon sugar coating.
"Country Apple PUR" is well known for that "cooked apple" flavor profile.
"Apple Filling FLV" makes for a perfect cinnamon apple sticky filling to wrap those apple chunks from "Country Apple PUR" in.
"Vanilla Custard Cheesecake OOO" used low @ 0.8% for a perfect cream cheese drizzle dripping down all over the enchilada.

One drop of "Rich Cinnamon FLV" per 30ml to infuse cinnamon to that sugar coating.

The sweetener used is up to you but i would suggest "Super Sweet Cap" between 1 drop per 15ml all the way up to 0.5% depending on how sweet you want it. Personally I use 1 drop per 15ml in most my mixes just to make flavors pop as I find that to much sweetener is just that....too much. Delicious coconut cookies, crunchy on the outside and chewy on the inside but filled with sweet creamy coconut flavor and a nice play of textures.

FLV Sweet Coconut is creamy coconut. Adds to the sweetness of the cookie.

FA Coco to support FLV Sweet Coconut. These two are always together when I mix anything coconut. I will probably do a v.4 with VT Dessicated Coconut.

FW Bavarian Cream is a light buttery and sweet cream used to carry the coconut part.

WF Cookie Butter is sweet and supports both the buttery notes in FW Bavarian Cream and CAP Sugar Cookie and give it some chewyness.